Nobody cares about settlement mechanics… Or they didn't used to, anyway. But over the past few weeks, the post-trade procedure governing how quickly buyers receive their securities and sellers get their cash has become fodder for Hot Takes.

It all started on Feb. 18, when Robinhood CEO Vlad Tenev argued before Congress that settlement inefficiencies were the real reason the brokerage had to halt trading in GameStop (GME) back in January; and that investors would be better served by moving to real-time settlement instead. (Read: "How GameStop's Short Squeeze Impacts ETF Investors")

Then, last week, the U.S.'s primary clearing organization announced that within two years, it planned to cut equity settlement times in half, from two days after a trade is placed (T+2) down to one day (T+1).

Speeding up settlement times is a welcome move, one that will significantly boost market efficiency and reduce systemic and operational risks. But is Tenev right? If T+1 is good, wouldn't instantaneous settlement be even better? 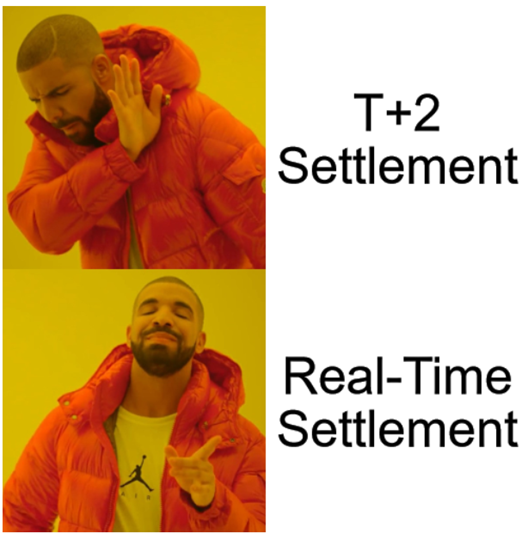 Hate to be the bubble-burster here, but: No.

While it sounds nice in theory, real-time settlement would eliminate one of the fundamental mechanics that makes markets function so smoothly, while simultaneously requiring a complete overhaul of Wall Street's trading infrastructure. When it comes to settlement, there is such a thing as moving too fast.

How To Settle A Trade In Two Easy Days

To the extent to which investors think about settlement at all, it's usually as a black box process: Input a buy/sell order; then two business days later, out pops securities or cash.

For every buy or sell order that comes in, the DTC and NSCC record and reconcile the trade, ensuring that buyers get the stocks or ETFs they want and that sellers get the cash they're owed. Once upon a time, that process took as long as five days. But in the '90s, settlement time was reduced to three days; then two days, in 2017.

Still, a lot can happen in two days' time. To protect against the chance that a trader might default before their trade clears, the NSCC maintains an emergency fund of cash, paid into by its member banks and brokerages. ("Members" are the firms that use the NSCC clearing and settlement services.)

In times of heightened market volatility—that is, when the risk of default steepens—the NSCC usually requires its members pony up more cash. But the NSCC also can ask for more money on an individual basis, should that bank or brokerage's risk exposure spike. That's exactly what happened on January 28th, when trading in GameStop (GME) went nuclear: The NSCC asked Robinhood to increase its margin call by $3 billion; Robinhood, unable to front that much cash in such a short time, halted trading in the stock instead.

As Robinhood's CEO said in his testimony to Congress, if the DTCC instead settled all trades in real-time, then Robinhood wouldn't have needed to post so much margin that it ran into a cash crunch, and GameStop traders wouldn't have gotten so burned. Instead, traders could've sold their GameStop shares and immediately had access to their cash. 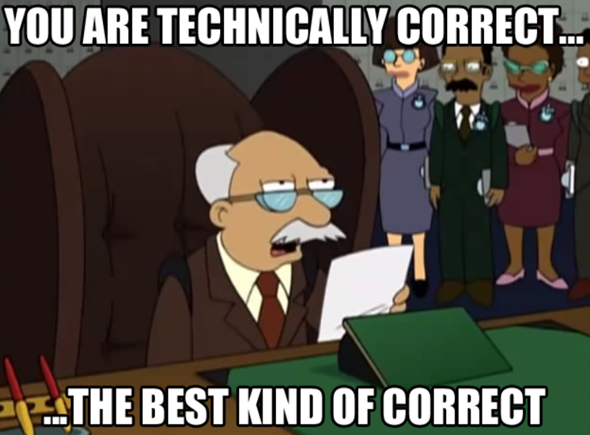 Sounds nice. But real-time settlement has drawbacks—including skyrocketing transaction costs for all members that would make $3 billion look like a drop in the bucket.

The biggest benefit to T+1 settlement (or T+2, or T+3, or whatever) is that it enables "multilateral netting": Which is to say, at the end of the trading day, the NSCC tallies up all the various buy and sell orders from a given member bank or brokerage into a single net credit or debit account; then, the NSCC distributes shares and cash accordingly.

Multilateral netting is a huge efficiency gain, drastically reducing the number of transactions that occur throughout the trading day, as well as the total amount of securities and cash that must change hands. On a typical trading day, the DTCC estimates that it handles about $1.7 trillion worth of equities transactions. However, multilateral netting consolidates that to a total settled market value settled of just $38 billion—or a 98% reduction. 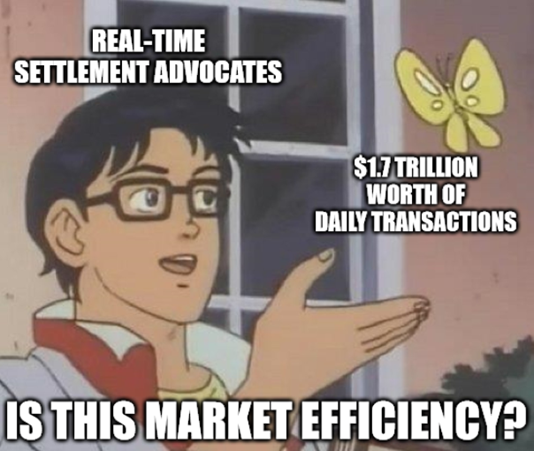 Truth is, this would break the markets as we know it. Banks and brokerages simply are not equipped to have the quantity of securities and cash on hand required to clear and settle every single transaction that might come their way in real-time—at least, not without a complete rethink of how their trading plumbing is wired. The operational logjams would grind trading to a halt. Market liquidity would evaporate faster than a puddle in New Orleans in August.

What's more, settling trades individually, in real time, would exponentially increase the risk of failures. After all, each one of those transactions is a chance for something to go wrong, or for a buyer or seller to default. More transactions inherently means more chances for failure.

"Real-time settlement is a simple technical solution but a very complicated market structure change," said Mike McClain, the DTCC's managing director & general manager of equity clearing and DTC settlement services, in a recent interview. "While the industry should continue to aspire to real-time, it is more pragmatic to reduce the settlement cycle in stages to capture the benefits faster."

T+1: All The Benefits, None Of The Kerplosions

That said, Tenev makes a good point: The longer it takes to settle a trade, the more chances there are for something to go wrong in the transfer of cash and securities, and consequently, the more emergency funding the NSCC must demand from its membership. At some point, that margin becomes a burden on the very members it's meant to protect.

The GameStop dust-up isn't the first time this has proven to be an issue, either. Case in point (and the impetus for the DTCC's T+1 proposal in the first place): The COVID-19 pandemic.

Throughout this, the DTCC suddenly found itself handling far more transactional volume than usual: Whereas on a typical day in 2020, the DTCC netted about $1.77 trillion in traded market value; when volatility spiked on March 3, the DTCC instead handled twice that, around $3.51 trillion. The NSCC had little choice but to raise margin requirements. 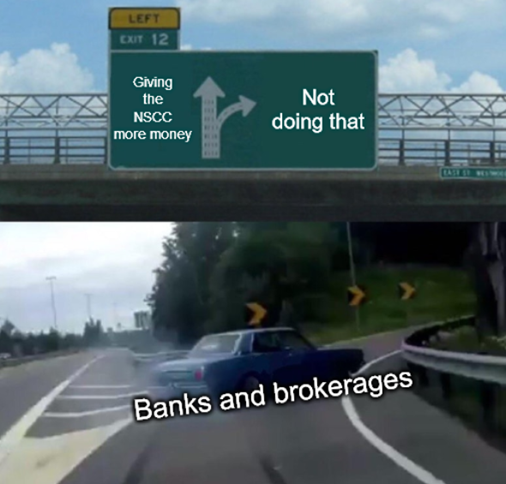 What About T+0 Settlement?

The DTCC has actually been working on T+1 settlement since last May, as part of its broader digitalization project known as Project Ion. The new settlement platform, now in prototype and scheduled for completion by the end of Q1, would use a distributed ledger technology—yes, the same technology as blockchain—to help speed up settlement and clearing times.

While real-time settlement is probably out of the question, T+0 settlement—as in, same-day but not necessarily instantaneous—might still be a possibility. But don't get your hopes up. Though it would still allow for multilateral netting, T+0 settlement poses some of the same operational challenges as real-time. At the very least, it would require new methods of reconciliation and predictive financing, as well as a complete overhaul of institutional trading mechanisms. So at the moment, T+0 is probably more trouble than it's worth.

As it turns out, sometimes speed bumps exist for a reason: to slow things down, and make sure nobody gets hurt.

Lara Crigger is the Editor-in-Chief of ETF Action. Contact her at lara@etfaction.com